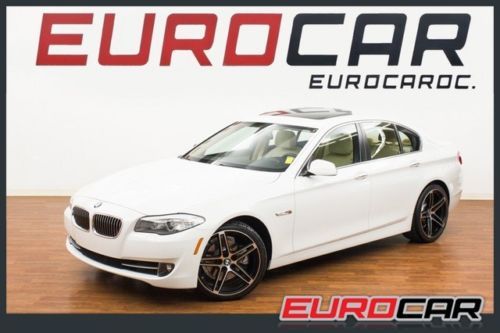 While BMW has been showing concepts for its Active Tourer for over a year, they never seemed entirely real. Why would BMW, a company that has built its image on sporty, rear-wheel drive sedans, move into the five-door, front-wheel-drive market? The answer is still not entirely clear, but the new BMW 2 Series Active Tourer is very real. It launches in Europe later this year and is rumored to come to the US in 2015.
To brand purists, a front-wheel drive BMW may seem anathema to everything the company has built, and the production Active Tourer has clearly been built to provide drivers with a luxurious but utilitarian package first and foremost. It is 170.9 inches long and rides on a 105.1-inch wheelbase, but despite its compact dimensions, its high roof allows for 16.53-cubic-feet of cargo space with the rear seats up or 53.33 cubic feet with them folded flat. Its general appearance is nearly identical to the previous concepts, except with a blunter nose and cleaner lines. The front end wears BMW's traditional dual circular headlights and naturally, while the profile incorporates the company's traditional Hofmeister kink into the greenhouse's rear pillar. The interior has been designed to be especially useful with a sliding rear seat, adjustable rear backrests, fold-flat backrests and optional features like an automatic tailgate and panoramic sunroof.
Unlike both previous concepts, none of the Active Tourer models at launch use hybrid power. For Europe, the hatchback is going on sale with three engine options. The basic version is the 218i Active Tourer with a 1.5-liter, turbocharged three-cylinder with 134 horsepower that we just previewed in the 2014 Mini Cooper - good enough for average fuel economy of 48 miles per gallon in the EU cycle when equipped with a six-speed manual. The next step up is the 225i Active Tourer with a 2.0-liter turbocharged four-cylinder that makes 228 hp and offers 39-mpg average fuel economy. Finally, there is the there is the 218d Active Tourer with its 148-hp, 2.0-liter turbodiesel and 57 mpg average fuel economy on the EU cycle. A six-speed manual is standard on all of them, but there is a six-speed automatic option for the 218i and eight-speed automatics available for the 225i and 218d. All-wheel drive will be available on future models.