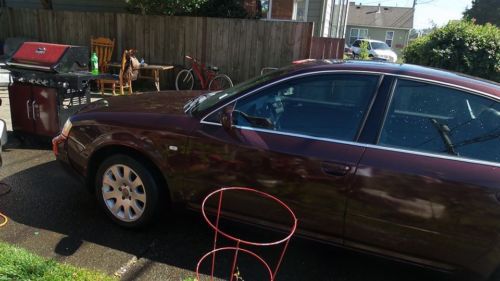 Is the Audi R8 E-Tron project back on again?

If you ask Audi about its R8 E-Tron prototype, the all-electric two-seater that was first shown at the 2009 Frankfurt Motor Show, the automaker will tell you that its development program is on hold. Yet, as we reported in January, limited production of the combustion-free coupe may be moving forward... information still officially unconfirmed by the automaker.
New images of the electrified R8 undergoing winter testing in Europe have emerged (above and in our gallery), and the car has been spotted running in Spain as well. Both sightings support reports that the E-Tron, with its 150-mile battery range and 8:09 Nürburgring time, may be back in business. Does the program have a green light, or is Audi merely trying to take some of the thunder from the BMW i8?
Whatever the case, if the R8 E-Tron does eventually make it into showrooms - and we are now led to believe it will - expect production volume to be very low. Assuming it doesn't get shelved again, of course.