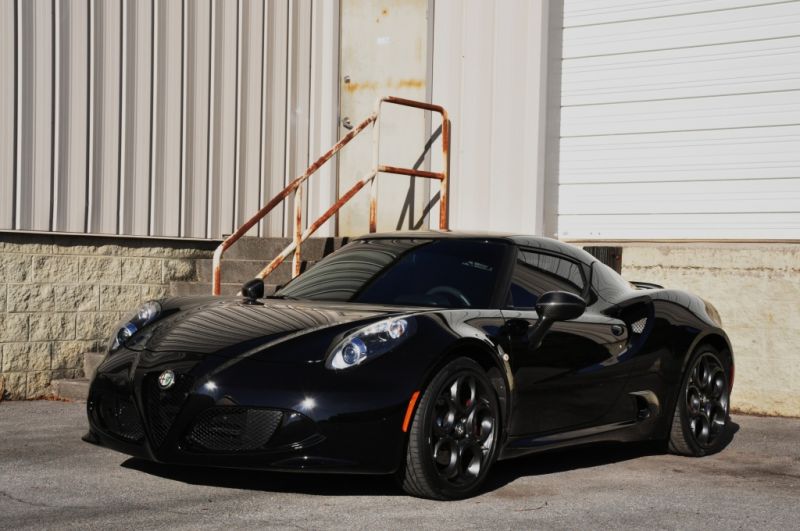 This Alfa Romeo 4C is a spectacular Italian sports car. Staying true to Alfa’s rich driving history, the 4C offers a full visceral driving experience. Alfa combined a lightweight carbon chassis with a very lively turbocharged four cylinder engine. The car weighs in at 2500lbs and packs a fun 240 horsepower. This gives the 4C a power to weight ratio that rivals most supercars. Power is transferred to the rear wheels through a dual clutch 6-speed paddle shift transmission. The car shifts very quickly and includes multiple driving modes through Alfa’s “DNA” Dynamic driving system. This system fine tunes the suspension, shift points and throttle response. All of this combined with a mid-engine layout creates a very well balanced car that is a blast to drive!