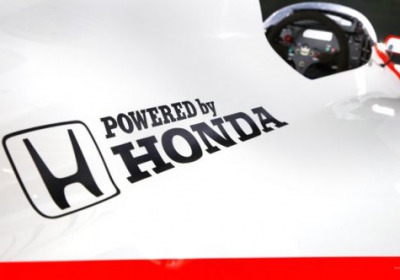 It appears that not even the legendary pairing of McLaren and Honda can produce a 2015-regulation Formula One engine that sounds as good as the current V8s. Much like Mercedes-AMG Petronas, McLaren Honda have released a clip of their turbocharged, 1.6-liter V6 ahead of next season, and well, at least to our ears, it's not the sweetest of singers.

We've reported on concerns that the new engines wouldn't sound "right," after years of the high-revving V8s and V10s. The more we're hearing of these new engines, the more reasonable those worries seem. That said, we'll need to wait until we really hear these cars driven in anger to render a final verdict.

Scroll down to view the official press release from Honda and to hear what the future McLaren Honda will sound like when it hits the grid in 2015. For comparison, we've also included some on-board footage of Jenson Button's McLaren's V8 from last season.

Honda Fires new F1 Engine for the First Time
Today Honda has released a recording of its new F1 engine which was recently fired for the first time. The engine is being developed for the 2015 season where Honda will participate under a joint project with McLaren.

Manabu Nishimae, President of Honda Motor Europe Ltd, commented, "It is exciting to hear the cry of our new born Formula One engine for the first time. Our engineers are working hard to develop the engine and we are all looking forward to the start of the 2015 season."

From 2014, new F1 regulations require the introduction of a 1.6 litre direct injection turbocharged V6 engine with energy recovery systems. The opportunity to further develop these powertrain technologies through the challenge of racing is central to Honda's decision to participate in F1. Throughout its history, Honda has passionately pursued improvements in the efficiency of the internal combustion engine and in more recent years, the development of pioneering energy management technologies such as hybrid systems. Participation in Formula 1 under these new regulations will encourage even further technological progress in both these areas. Furthermore, a new generation of Honda engineers can experience the challenges and the thrills of operating at the pinnacle of motorsport.

Honda will base its European racing operation in Milton Keynes from June 2014.