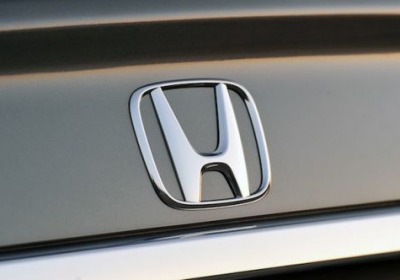 The increasing sales success of Honda North America (HNA) has led to Honda brass in Japan reorganizing regional operations here. The management shuffling here and in Japan is intended to both streamline and confer more responsibility on HNA "as the region assumes a larger role in shaping Honda's global business," and as Honda builds more facilities that serve several roles in the product development pipeline.

Honda's executive vice president and president of HNA Tetsuo Iwamura was named COO of automotive operations, taking over a position that had been handled by company president Takanobu Ito. Iwamura's new role puts him in charge of anything Honda makes that has four wheels, which Automotive News says equates to 78 percent of the company's global revenue.

The current company CFO, Fumihiko Ike, will fill the now-vacant role of company chairman and Kohei Takeuchi will take his place. Takeuchi is presently the operating officer, general manager of the accounting division. The executive swaps take effect April 1, 2013.

Beyond that, a company called Honda North America Services (HNAS) will integrate IT systems, human resources and other responsibilities and streamline operations such as purchasing and manufacturing. It will pluck 50 employees from Honda's offices in Torrance, California, the new company being based in Honda's offices in Marysville, Ohio.

Honda wants to "deliver high quality products to the consumer more quickly and efficiently," and HNA is also expected to have more input into product development. Honda won't confirm it, but that could mean that the next Honda Accord is developed here. Read more in the press release below.

- Bob Nelson will become president of Honda Manufacturing of Indiana, LLC (HMIN) in Greensburg, Ind. Nelson is currently a senior vice president at HMIN and has been with Honda for 25 years, including 23 years with Honda of America Mfg., Inc. in Ohio.

- Jon Minto will become president of Honda Engineering North America, Inc. (EGA), Honda's production engineering company in North America. Minto is currently a senior vice president with EGA, which is based in Marysville, Ohio, and has been with Honda for more than 20 years, including at Honda of Canada Mfg. (HCM)

- Dan Smith will become president of Honda of Canada Mfg. (HCM) in Alliston, Ontario, a division of Honda Canada Inc. (HCI). Smith is currently a senior vice president at HCM and has been with Honda for 28 years, including 26 years with Honda of America Mfg., Inc. and Honda Engineering North America, Inc. in Ohio.

- Jerry Chenkin will become president and CEO of Honda Canada Inc. (HCI) in Markham, Ontario, outside Toronto. Chenkin, currently executive vice president of HCI, has been with Honda for 38 years.

In conjunction with these executive appointments, Honda will strengthen the leadership function of its North American regional operations under HNA and HNAS to enhance the ability to deliver high quality products to the customer more quickly and efficiently.

The changes will help achieve this through more efficient management and quicker decision making, and by merging some of the support functions common to multiple Honda companies in North America under one roof. Both HNA's leadership function and HNAS will be located on Honda's Marysville, Ohio, campus.

In 2012, Honda outlined key strategies that increased the role played by Honda's sales, manufacturing and R&D operations in North America within Honda's global business. The changes announced today are the next step in this direction.

"These organizational changes will improve the speed of decision-making and the efficiency of our business operations," said Tetsuo Iwamura, chief operating officer of Honda's North American Regional Operations, which includes the U.S, Canada and Mexico. "Our global customers desire new, exciting and affordable automobile, motorcycle and power equipment products, and these changes will enhance our ability to quickly bring our customers' dreams to the market."

Since its founding in 1987, HNA has served as a coordinating entity for such operations as legal services, corporate audit and risk management. In its evolving role, HNA will house several members of senior executive management responsible for strategic oversight over North American sales, manufacturing and R&D for the company's product lines. HNA has offices in Torrance, Calif., Marysville, Ohio, Detroit, Mich., New York, NY and Washington, D.C.

HNAS, the new shared services company, will be based in Marysville, Ohio, with an additional office in Torrance, Calif. HNAS will provide many of Honda's common support functions in North America, and streamline coordination of Honda's R&D, manufacturing, purchasing and sales functions as they relate to the introduction of new products.

Most Honda associates (employees) assigned to these entities will be located on the Marysville campus in Ohio, but others will remain at other facilities throughout North America. Current Ohio-based associates will remain in Ohio. It is anticipated that fewer than 50 associates involved in support and strategic functions at American Honda Motor Co., Inc. in Torrance, Calif., will transfer to HNA and HNAS over the course of the next fiscal year beginning April 1, 2013. The formation of HNAS and changes to HNA are not expected to result in additional employment.

About Honda
Honda established operations in America in 1959, and now employs more than 33,000 associates in its North American sales, R&D and manufacturing operations with a capital investment of more than $22 billion.

Seven Honda auto plants in the North American region, including four in the U.S., have the capacity to produce 1.63 million automobiles each year. In 2012, 90 percent of the Honda and Acura automobiles sold in the U.S. were produced in North America. This will increase to 1.92 million vehicles per year in 2014, when the sales percentage of locally produced automobiles is expected to rise to more than 95 percent.