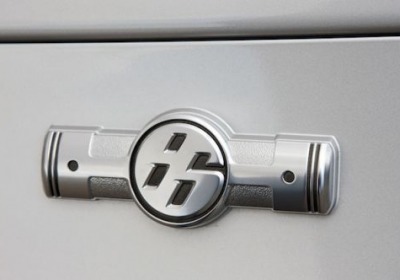 We happen to like the Toyota GT86 – and, it of course goes without saying that the same applies to the Subaru BRZ and Scion FR-S, as well – just the way it is. Yes, that includes the standard 2.0-liter four-cylinder boxer engine and its 200 horsepower at 7,000 rpm.

That said, a little extra power never hurt anybody, right?

The most obvious way to add some punch to the GT86 would be with a turbocharger, and that has indeed long been rumored for an STI version of the BRZ. Will Toyota follow suit? According to Top Gear, the answer is no. Says GT86 chief engineer Tetsuya Tada, "I think 300bhp with a turbo and 200g/km of CO2 would be tasteless in this day and age. And a turbo would mean the loss of the GT86's uniqueness." Perhaps a bit harsh, but there you go.

If no turbo, how will Toyota add some punch to its sports car? Possibly with a supercharger? Perhaps not. "We're looking at a next-generation hybrid. More like the TS030 Le Mans Prototype," says the engineer. If you'll recall, the TS030 uses a hybrid engine with a Kinetic Energy Recovery System, more commonly known as KERS.

Even more intriguingly, Tetsuya confirmed that there is a GT86 prototype already fitted with a hybrid KERS system, though it's unclear if it is using capacitors or batteries to contain the recaptured energy. Either way, our interest is most definitely piqued.