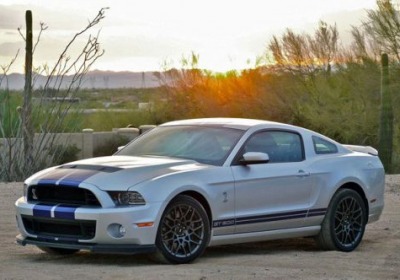 Trucks have towing capacity, EVs have driving range and performance cars have Nürburgring lap times. What do all three have in common? They should all be taken with a grain of salt. Currently, there is no sanctioned way to record lap times or verify production-spec cars – a lesson we recently learned with the 2015 Nissan GT-R Nismo – and until there is a way to do so (and there probably never will be), we'll never officially know the actual time it took for Ford to lap the 'Ring with its ultra-powerful Shelby GT500.

After posting a Ford-made video of a 2013 GT500 running around the 'Ring, the guys over at SVTPerformance.com (an enthusiasts forum not affiliated with Ford or SVT) wanted more answers. They got in touch with Ford's Global Performance Vehicle Chief Engineer Jamal Hameedi, who said until there is a way to verify the times and inspect the cars, Ford will not get involved with lap-time wars. In the email, Hameedi pointed out that the 'Ring is a useful tool in that it allows a wide spectrum of track conditions, but until there is a governed way to record times, there is no way to accurately compare cars head-to-head.

And as much as some may not like it, Hameedi speaks the truth. It really isn't possible to compare times from one car to another, unless those cars were lapping the same track at the same time with the same driver. Not that any of this means there won't be continuous wars by fans and manufacturers alike... in other words, feel free to voice your opinions in the Comments below.