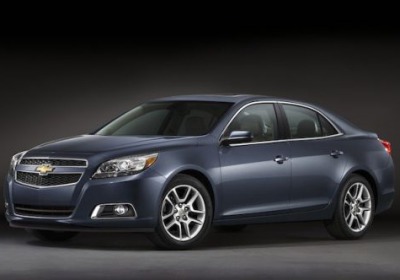 General Motors has issued a recall covering 38,197 2012 and 2013 model-year Chevy Malibu Eco, Buick LaCrosse and Regal sedans equipped with eAssist, and sold in the United States. The automaker will check the generator control module for proper operation. Only vehicles built before December 2012 are being recalled.

According to the automaker, a malfunctioning generator control module could slowly drain the battery, causing an indicator to light up in the dash. If that indicator is ignored, the driver may experience a stalling engine, and in some cases, "a burning or melting odor, smoke, and, in rare instances, a fire in the trunk."

GM says the issue is not with the eAssist battery pack; the smoke and fire comes from overheating of the control board. One trunk fire has been reported, but no injuries are known. Scroll down below for the official press release from GM.

DETROIT – General Motors is recalling 38,197 Chevrolet Malibu Eco and Buick LaCrosse and Regal sedans from the 2012 and 2013 model year sold in the United States and equipped with eAssist to screen the generator control module for proper operation.

Some of these vehicles may have a condition in which the generator control module may not function properly. This could cause a gradual loss of battery charge and the illumination of a malfunction indicator light. If these warnings are ignored, the engine may stall. In addition, there may be a burning or melting odor, smoke, and, in rare instances, a fire in the trunk.

The issue is the potential overheating of the circuit boards in the generator control module, but it does not involve the eAssist battery.

GM is aware of generator control board incidents, most of which have occurred within first 1,000 miles of operation. Vehicles built after December 2012 are not part of the recall.

GM knows of one trunk fire but no injuries or crashes related to this condition.