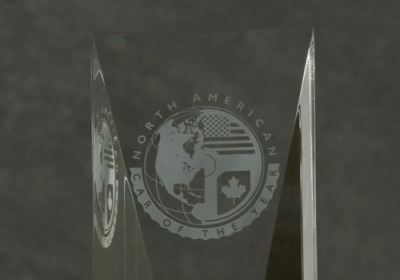 The 2014 North American International Auto Show is right around the corner, which means it's high time we found out which cars and trucks would be finalists for the prestigious North American Car and Truck/Utility of the Year awards.

The finalists – three in cars and three in three trucks/utilities – are dominated by American brands, with two-thirds of the finalists hailing from either General Motors or Chrysler (don't worry Ford, there's always next year), while outliers from Mazda and Acura can be found in each contest. Here now is the list of finalists for the big prizes:

For the truck/utility award, we're somewhat surprised to see the Acura MDX make the list, while the Chevrolet Silverado is the sole 'traditional' truck to make it to the finals. Despite its controversial looks, Jeep's Cherokee is more than a dark horse in our eyes, and advanced features like a nine-speed auto and a range of four-wheel drive systems could make it a compelling choice.

There are some enthusiast-leaning omissions in each category (you can view the entire list of finalists in the press release), including the Mercedes-Benz CLA and Jaguar F-Type on the Car of the Year side. In the trucks/utility category, both the new Land Rover Range Rover Sport and the BMW X5 are great steers, too. All of the aforementioned were voted onto the NACTOY short list for the awards, but failed to make it into the final three slots.

As always, we want to know which of these vehicles will win their respective competitions. Put yourself in the shoes of the 48 journalists that are able to cast a vote, and have your say in the polls below. Once your vote has been cast, dive into Comments and let us know which models you'd pick if you were on the jury.

Forty-eight automotive journalists from the United States and Canada voted the Cadillac CTS, Chevrolet Corvette Stingray and Mazda3 finalists for the 2014 North American Car of the Year.

The journalists voted the Acura MDX, Chevrolet Silverado and Jeep Cherokee the finalists for the 2014 North American Truck/Utility of the Year.

The awards – first given in 1994 - are unique in North America because - instead of being given by a single publication, web site, radio or television program - they are given by automotive journalists representing all of those outlets in two countries.

The awards recognize the most outstanding vehicles of the year based on factors including innovation, design, safety, handling, driver satisfaction and value for the dollar.

To be eligible, vehicles must be "all new" or "substantially changed."

Early in December jurors sent their ballots to Deloitte & Touche. The accounting firm kept the finalists secret until today.

At a news conference at the Automotive Press Association luncheon in Detroit Diane DeFrancis, a partner at Deloitte, handed two sealed envelopes over to Joann Muller, one of the NACTOY judges and the Detroit Bureau Chief of Forbes Media, who made the announcements.

Now there will be a second round of voting on the three car and three truck/utility finalists. Those ballots also go to Deloitte officials, who will keep the winners secret until a news conference on Monday, January 13th at the North American International Auto Show.

North American Car of the Year

North American Truck/Utility of the Year