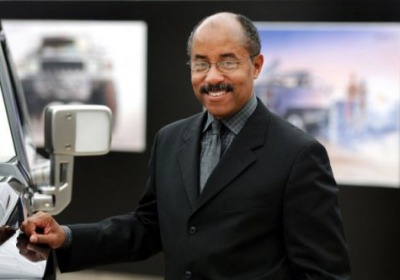 General Motors Vice President of Global Design, Ed Welburn, had some dismissive words for a certain cross-town luxury brand during an interview with Car and Driver. When asked about his thoughts on Lincoln, Welburn deflected, before saying, "I don't consider Lincoln to be a competitor for Cadillac."

"They're not a global luxury brand. I don't consider them a competitor. Are they a competitor for Buick? Quite possibly. But not for Cadillac," GM's head designer explained. Welburn, who's been at the helm of GM Design North America since 2003 and is the first to hold the position of VP of Global Design, has been instrumental in the styling renaissance at GM, so predictably, Car and Driver's interview with him focused on the design aspect of cars.

During the interview, Welburn explicitly denied plans for a reborn Cadillac XLR, even as a new Chevrolet Corvette is hitting the market and strides are being made with Cadillac's V-Series performance arm saying, "We have a lot of cars that we're working on for the Cadillac brand. The XLR is not one of them right now."

Predictably, there was also talk of the gorgeous Elmiraj Concept. "I think Cadillac needs to be a full-line luxury brand. There are categories that we don't participate in, presently, that we will in the future," Welburn said. "We have more vehicles under development today than at any other time in the history of the brand. But I'm not going to tell you which ones we're going to do. There's a lot that we're working on. And we're certainly looking at that [points to the Elmiraj] for production."

You can read the entire interview over at Car and Driver. Meanwhile, we've put together a little poll for you below.