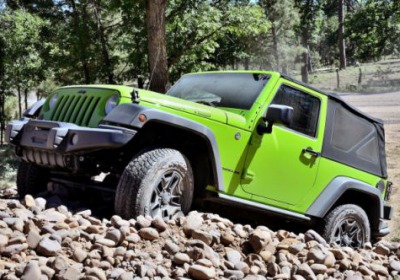 There will forever be a soft spot in my heart for the Jeep Wrangler. The last one I owned was red, and, as a 1990 model, had the square headlights derided by Jeep enthusiasts who grew up on the Civilian Jeeps that descended from their General Purpose military ancestors. As a teenager, I couldn't have cared less what shape its headlights happened to be – to me, a Jeep Wrangler represented freedom; a carefree do-it-all machine equally at home with the top stowed away in the summer or with the heater on full blast in the snowy clutches of Old Man Winter. In Dr. Seuss parlance, my square-headlighted Sneetch was just as worthy as any round-headlighted Sneetch.

All that said, I'll be the first person to advise against buying a Jeep Wrangler of any sort for owners who don't plan to use it as its makers intend. There's no good reason to punish yourself with a stiff and springy ride, a loud and somewhat drafty (though generally water-resistant) interior or the poor fuel economy expected of a block-shaped vehicle if you don't enjoy its other, more exciting benefits.

Of course, Jeep has done its darndest over the years to make the Wrangler as civilized as possible while keeping it as capable as federal law will allow. The 2013 Jeep Wrangler Moab edition is one of Jeep's latest attempts to attract attention from the upper reaches of the active lifestyle set, and I spent a week with one to see what makes the Moab special.