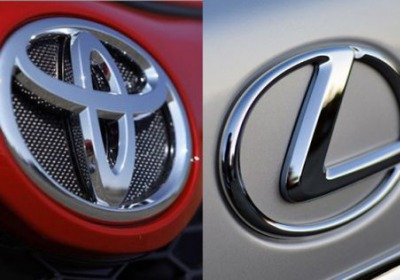 Toyota and Lexus stormed the 2014 Kelley Blue Book Best Resale Value Awards, winning a combined 18 categories including best brand and best luxury brand. This marks the third year in a row that both automakers have won the Brand and Luxury Brand resale value awards. In all, Toyota won 11 categories and Lexus won seven.

Honda made a good showing, as well, winning two segments (Accord Plug-In Hybrid and Civic Si) and putting one car on the top-10 Best Resale Value list (CR-V). Chevrolet did even better, winning two segments (with the V6 Camaro and the Corvette) and placing three cars on the top-10-overall list (again, the Camaro and Corvette, plus the Silverado 1500).

The other winners came from Jeep, Dodge, Infiniti, Subaru and Audi. To give you a clearer picture of the Toyota and Lexus domination, their 18 mentions represents more than half of the 34 awards (including the top-10-overall list).

Here's the Top 10 Cars list:
Head on below for the press release, where you can find the full results of KBB's Best Resale Value Awards.

IRVINE, Calif., November 18, 2013 – The 2014 model-year brand and category winners of the annual Best Resale Value Awards, recognizing vehicles for their projected retained value through the initial five-year ownership period, were announced today by Kelley Blue Book, www.kbb.com, the leading provider of new and used car information. Both Toyota and Lexus earned top honors for best brand and best luxury brand, and each of those top brands had six segment winners from a total of 22 different segments. Honda earned three segment awards, while Chevrolet captured two segment awards and placed an impressive three vehicles in the overall top 10 list.

"Capturing top honors for the third year in a row, Toyota and Lexus continue their Best Resale Value Awards Brand and Luxury Brand reign, earning an impressive 18 combined awards among the 2014 model-year lineups," said Eric Ibara, director of residual value consulting for Kelley Blue Book. "While both Toyota and Lexus continue to deliver incredible resale value, we also are impressed with the strides made by Chevrolet, which tops domestic automakers with five combined awards, and Subaru with its Impreza making its way back to the top spot in its segment."

Kelley Blue Book's Best Resale Value Awards are in its 12th year and are based on projections from the Kelley Blue Book® Official Residual Value Guide. Kelley Blue Book® Residual Values are established by experienced automotive analysts that review the output from the statistical models built upon millions of transactions. Vehicles that earn the highest five-year residual values, expressed as a percentage of their original Manufacturer's Suggested Retail Price (MSRP) are selected for these prestigious awards. Low-volume vehicles and vehicles with an MSRP of more than $60,000 are excluded from award consideration, except in the luxury and high-performance categories.

(Residual values used for award calculations are based on the 2014 model-year vehicles that appear in the November/December 2013 Kelley Blue Bookâ Residual Value Guide. Top 10 models appear in alphabetical order).

While most car buyers today consider sticker price one of the most significant numbers when choosing a new vehicle, the editors at Kelley Blue Book's KBB.com recommend shoppers consider a number they won't find on any window sticker: the resale value. Depreciation often is the greatest expense incurred by drivers during the first five years of vehicle ownership. An average 2014 model-year vehicle only will retain about 39.7 percent of its original value after a five-year ownership period, meaning that a $50,000 new car today will only be worth somewhere close to $19,850 after five years. Vehicles with average or below-average resale values are generally plentiful in the marketplace and easy to find. But certain vehicles are projected to hold their value better than others. While much of a vehicle's resale value is based on supply and demand, as well as current and projected future market conditions, vehicles that retain their value best are typically discounted the least and tend to generate high levels of consumer interest.

"Most options and packages added to a vehicle do not necessarily increase its resale value," said Jack R. Nerad, executive editorial director and executive market analyst for Kelley Blue Book. "However, there are exceptions to the rule, such as a high-performance engine or a performance package in a sports car. Regional preferences can significantly impact the value of a vehicle as well. In the colder sections of the country, a two-wheel drive vehicle's resale value often will not be as high as a four-wheel or all-wheel drive version of that same model. In warmer climates black (or dark-colored) cars will not have as high resale value as they could command in other regions."