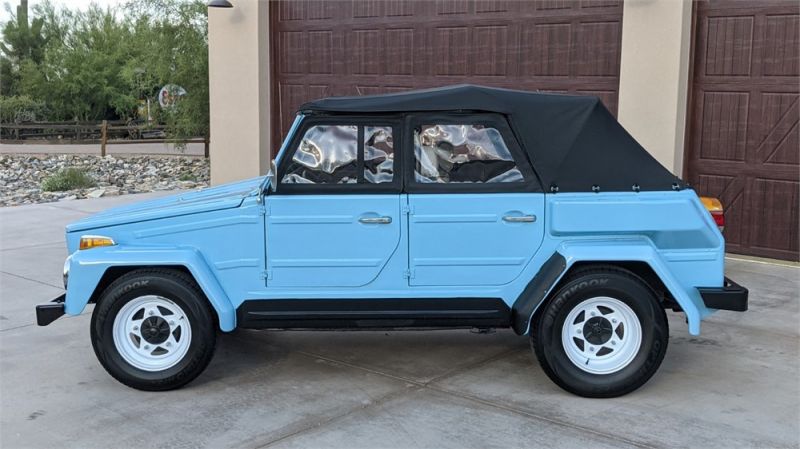 Please contact me only at : searerhideath1980@gmx.net This 1974 Volkswagen Thing is a newly-restored, rust-free four-door cabriolet with a newer cloth retractable top, removable doors, a modern CD stereo system, and reupholstered two-tone vinyl seating. Finished with black accent striping, white-finished wheels, and a reupholstered blue and white interior. The cabin features black-finished sheet metal door panels, a dash-mounted grab-handle for the passenger, and a tubular roll bar that doubles as part of the convertible top framework. A modern AM/FM/CD head unit is installed in the dash and connected to five speakers throughout the cabin.The rear-mounted 1,800cc dual-port motor has been driven 500 miles since installation, outfitted with a replacement Bosch alternator, a CB Performance oil cooling housing, a chrome-finished fan shroud, EMPI aluminum valve covers, and S&S headers. Power is directed to the rear wheels via a floor-shifted 4-speed manual transaxle with newer clutch.