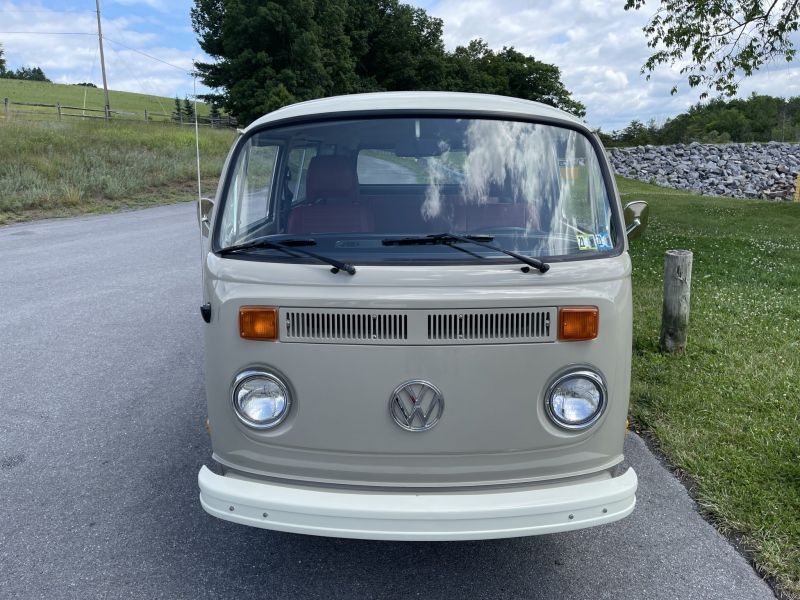 For more details eMail me : maite28rodriguez@gmail.com Good 1978 Volkswagen Bus has been fitted with a GEX International remanufactured 2.0L flat-four. The van is
finished in beige with a white roof over red vinyl upholstery and power is provided by a three-speed automatic transaxle. Equipment includes dual side mirrors, sliding side windows, dual EMPI carburetors, and a quad-outlet exhaust system.  This Type 2 is in a great shape1