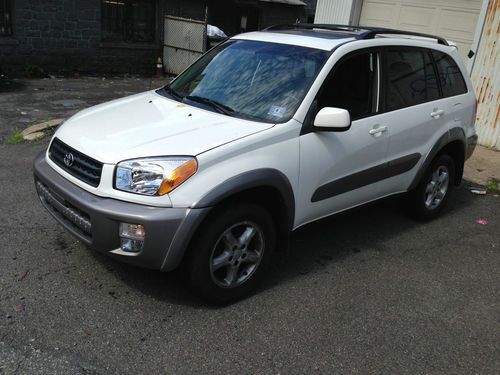 Up for grabs is a 2001 Toyota Rav4 with 107,139 miles & it's in great condition! These Toyota's are real dependable ! Please give me a call as I will be showing this vehicle Monday-Friday 8am-5pm! Any questions about this vehicle, I can be reached @ 9734454586 Dave Also if you have 0 (zero) or any Negative feedback please contact me before bidding or I will cancel your bid(s)! This truck is Titled & ready to transfer to its new owner! New Jersey residents will pay sales tax directly to us as we are a NJ Used Car Dealer!