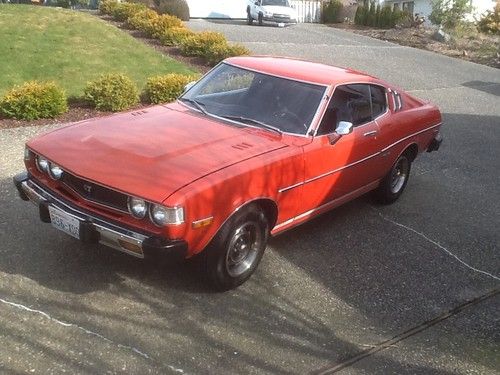 This 1977 Toyota Celica GT Hatchback is in great condition. I purchased the car from the original owner about a year ago. I have driven the car about 200 miles, it runs and drives great. Original paint with just a few nicks and dings. Has newer tires with original spare tire. I replaced the battery and has new exhaust. Interior is in excellent shape. All gauges work, even the clock and AM/FM 8 track. Drivers window rolls up hard. Car spent its entire life in the garage. Odometer says 70000, could be original.  Call Mark with any questions 206-817-0310.