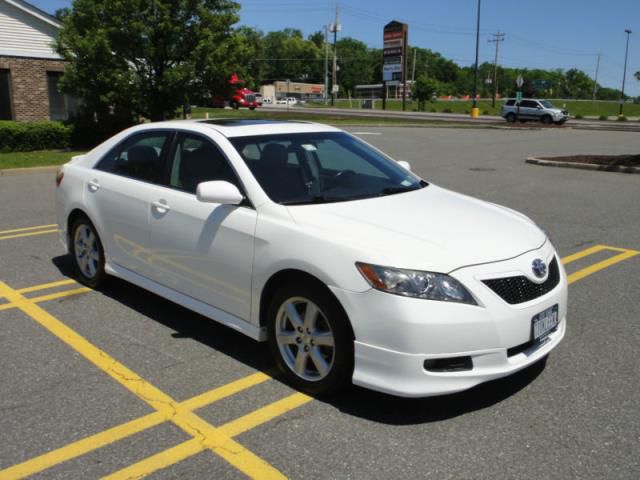 Up for sale is more than likely the nicest 2008 SE you will find!! This car has been very very well maintained. Is loaded with every option including the premium sound system, automatic starter, factory installed iPod connectivity which which charges and is controlled with the factory installed Navigation, with hands free talking. Brand new Power Steering Rack and Pinion installed for the sale. This baby handles as it did when I picked it up with 27,000 miles on it. Oil always changed on time, I am the second owner, and this car has never given me any problem what so ever!!. Only selling as I seem to have developed arthritis in my hip and is a bit difficult to get in and out of. I will be getting a Toyota Venza. Toyota offered me 10 for the trade. Rather than see them sell it for 12 to 13, I decided to list it on Ebay. Please do not hesitate to call me should you have any questions. No ridiculous offers please. 2000 miles warranty left. 914-330-7105 Have both key fobs, books, 2 remotes for automatic starter. Car has had the Weather Tech mats in it since I purchased. Carpeting is good as new!! Weather Tech mats still in great shape. Full size spare on a Toyota rim matching what is on the car. 2000 mile warranty is Bumper to Bumper and is with Toyota themselves. They just installed on 10/8/14 a $1500.00 Rack and Pinion for the steering at no cost to me. ( I am not a big extended warranty guy except when it comes to my vehicles ) Wheel alignment done as well. Battery replaced about a year ago. Everything works as it should on the vehicle. You will be very happy with this vehicle. Good luck in your search. THIS CAR IS ALSO ADVERTISED LOCALLY, AND IF SOLD I WILL END AUCTION. YOU MAY WANT TO MAKE THE TIME TO SEE THIS ONE LADIES AND GENTLEMEN! $4000.00 is still owed to Toyota Financial. Ideally buyer will inspect car, have mechanic inspect if you wish, make payment to Toyota financial who will release lien at which time balance can be paid and car picked up. I have sold 3 Motorcycles and 5 or 6 cars here on Ebay in the last 10 years without a hitch. 100% feedback and that's the way it will stay.