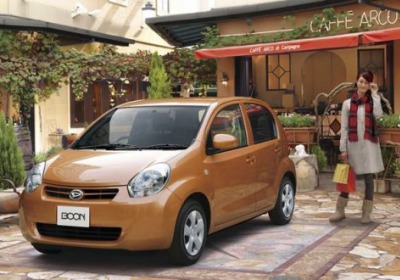 More than any other, two carmaking giants sit at the top of the industry: Toyota and General Motors. But while GM sells under a (shrinking but still) expansive range of brands, the Toyota Motor Corporation sells most of its vehicles under its own name. That doesn't mean that Toyota, however, doesn't have its own portfolio of subsidiaries. Here in the United States we have the youth-oriented Scion division, while Lexus handles its upscale offerings, and overseas there's Daihatsu.

The budget brand offers a range of small cars under its own name; most are hatchbacks, but there's also the Copen roadster and even a rebadged Camry called the Altis. You may have come across some of their offerings while traveling overseas, particularly in Europe, but that last part is about to come to an end, according to reports.

Word from across the pond is that Toyota plans to withdraw Daihatsu from the European market altogether. The move would reportedly take effect in 2013, and if it comes to pass, would follow similar withdrawals from the North American (1992) and Australian (2006) markets. Thanks for the tip, William!