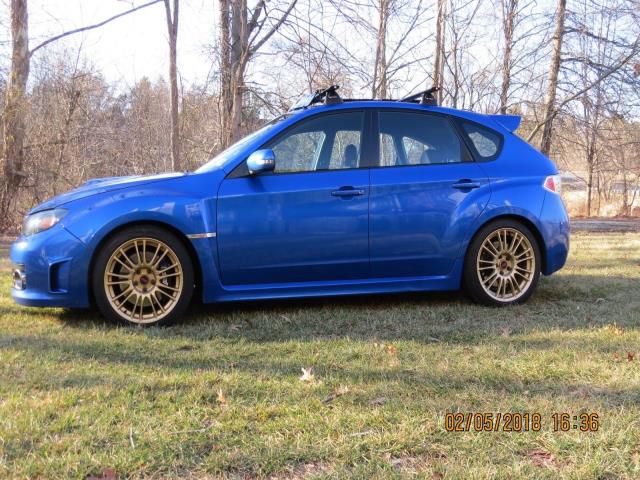 For further questions email me : anu4wabercrombieivy@mail-on.us Mileage: 82k And Climbing Slowly As It Is My Daily Driver just Passed Va State Safety Inspection As Well As Va Emissions Test! The Accident On The Car ReportIs From The First Year Of The Cars Life With The First Owner And Is Categorized As Minor (rear Bumper Cover Repair). At That Point The Car Had Under 5000 Miles.The Car Is In Fantastic Shape And Has Been And Will Continue To Be Well Taken Care Of. Reason For Selling: Job And Life Changes Require Me To Have A Larger Vehicle .mod Installs,

Subaru's long and distinguished history in the world of rallying is about to get another chapter, as it's set to field a team in the Global RallyCross Championship. The car? The all-new WRX STI.
Yes, Subaru will be fielding a GRC challenger, with drivers Bucky Lasek and Sverre Isachsen at the helm. This particular car was teased earlier this week, and is a preview of the eventual GRC model which will launch this fall. The race-ready STI boasts a custom widebody kit with a carbon-fiber rear wing. The roof scoop and the mirrors are also made of carbon fiber, while the wheels are provided by Method. As with all GRC contenders this year, the WRX STI is shod in Yokohama spec rubber. It's not clear what sort of engine sits under the scooped hood, although we imagine we'll find out before the season kicks off in a few months.
Perhaps even more exciting is word that Subaru will also prepare a version of the WRX STI for stage rallies, with Travis Pastrana and David Higgins fielding the new car in the Rally America Championship. That car should arrive later this year.