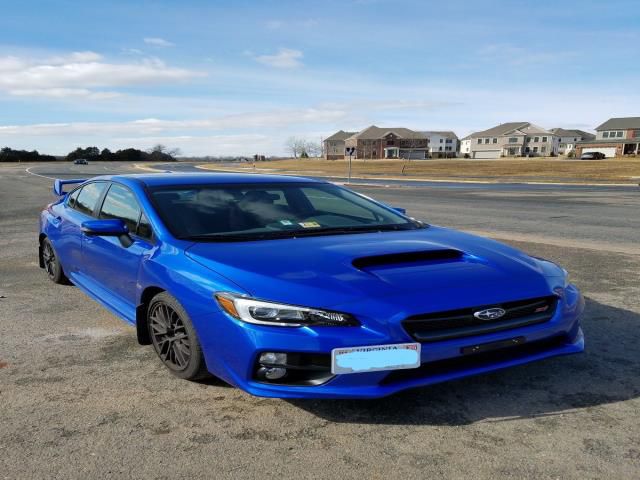 eMail me for more details : licciardellorichiel3s@tightmail.com I'm In My Mid 40s, Father Of 2 Kids And I Thought That I'd Love Driving A Sti Again Since My Last My07 Sti. But Instead Of Taking My Kids In My Sti, We End Up Driving In Our Family Crv Or Pilot. So My Sti Ends Up Just Sitting In My Temperature Controlled Garage. Why Is The Garage Temperature Controlled? Because My Garage Also Serves As My Man Cave. The Car Is Practically New And Still Has The New Car Smell. I've Done All Of The Oil Changes And Inspections At Mach V In Sterling, Va. The Car Has Zero Modifications. It Comes With Factory Installed Short Throw Shifter And Spt Performance Package. The Only Non-factory Add-ons That I Did Myself Was The Front License Plate Relocation Kit By Perrin And Rally Armor Mudflaps. I Got The Front License Plate Hole Cover(black With Sti Lettering) By Mach V Because There Are Holes In The Front Bumpe

Subaru's long and distinguished history in the world of rallying is about to get another chapter, as it's set to field a team in the Global RallyCross Championship. The car? The all-new WRX STI.
Yes, Subaru will be fielding a GRC challenger, with drivers Bucky Lasek and Sverre Isachsen at the helm. This particular car was teased earlier this week, and is a preview of the eventual GRC model which will launch this fall. The race-ready STI boasts a custom widebody kit with a carbon-fiber rear wing. The roof scoop and the mirrors are also made of carbon fiber, while the wheels are provided by Method. As with all GRC contenders this year, the WRX STI is shod in Yokohama spec rubber. It's not clear what sort of engine sits under the scooped hood, although we imagine we'll find out before the season kicks off in a few months.
Perhaps even more exciting is word that Subaru will also prepare a version of the WRX STI for stage rallies, with Travis Pastrana and David Higgins fielding the new car in the Rally America Championship. That car should arrive later this year.