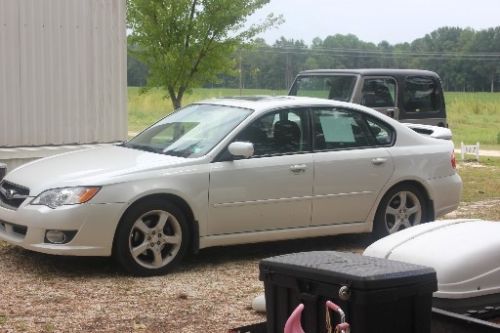 The 2015 Subaru WRX will make its debut at the 2013 Los Angeles Auto Show next week - that much we know for sure. We'll have all of the official specs very soon, but it seems Jalopnik has stumbled upon an official-looking document that spells out some of the 'Rex's finer details, including the availability of a continuously variable transmission.
Now, before you throw your laptops and phones out the window, know this: a proper manual transmission will still be available. Do remember, the WRX has always had an automatic option, and the move to a CVT for the 2015 model isn't terribly surprising. According to the document, the new WRX will use a 2.0-liter turbocharged flat-four - a change from the 2.5-liter engine in the current car. Subaru also employs a 2.0T boxer engine in the Forester, where it's mated to a CVT. What's more, the Impreza on which the new WRX is based also uses a CVT in favor of a conventional automatic.
Jalopnik points out that the more hardcore WRX STI will use a 2.5-liter turbo-four, and will only be available with a manual transmission. Additionally, there will reportedly be a "launch edition" of the STI, painted in the car's signature WR Blue (fingers crossed for gold wheels!).