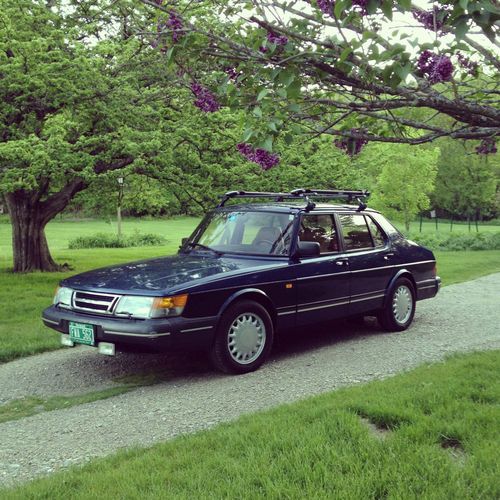 Condition: UsedA vehicle is considered used if it has been registered and issued a title. Used vehicles have had at least one previous owner. The condition of the exterior, interior and engine can vary depending on the vehicle's history. See the seller's listing for full details and description of any imperfections.Seller Notes:"The transmission on this car needs to be re-built. It is stuck in gear and can not be driven. You must tow this car away and fix it yourself.This car more than half it's life in California. While in the east coast, we rarely drove it in the snow.We have meticulously maintained this car by going only to Saab specialists.The hood, front quarter panels and rear quarter panel were re-painted a few years ago. The paint is in great shape overall.There are just a couple rust spots that are still below the paint's surface-minor and fixable.Tires have less than 10K miles on them.The interior is in very good shape- a small crack on the dash and some of the seams need mended. The cloth ceiling has been replaced and is perfect.The car is currently parked outside at Shaftsbury Saab, 1594 Route 7A, Shaftsbury, Vermont. Feel free to drive by and look at it and talk to them about it."

This car is in great shape and has treated us well since 2005. We are the 3rd owners. It has spent most of it's life in California. It would be a shame to send this car to a junkyard. Hopefully, there is a Saab aficionado out there somewhere who will help keep this car alive!