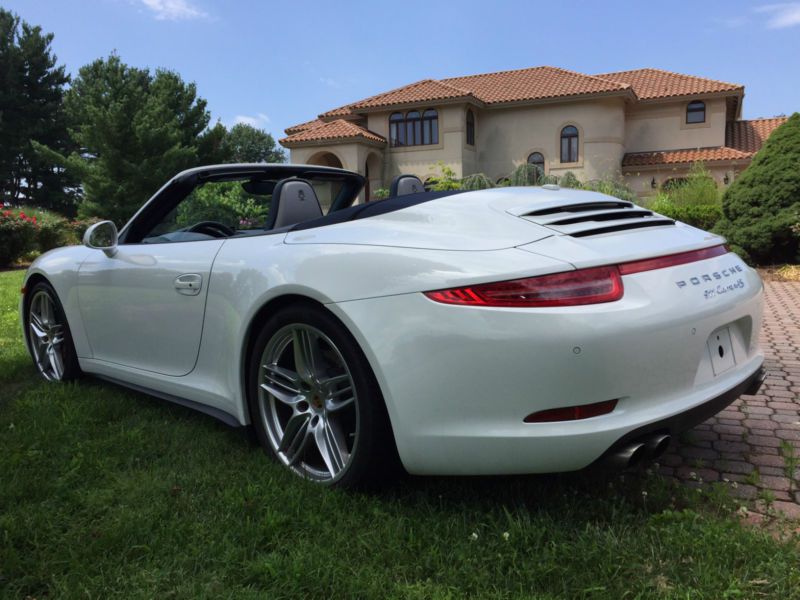 2013 Porsche 911 991 Carrera 4S C4S, Convertible, all wheel drive, 6 Speed, White on Blue, Burmester Sound
Package, Navi, Cool seats, Heated Seats, Power Seats for both front seats, Wind Guard, G force guage, Sport
Chrono, so many more options.
Please ask any questions. Priced to sell.
I have all the keys and books, 2 sets of keys.
This has the key system that you just keep the key in pocket/near car, do not have to insert it into ignition.