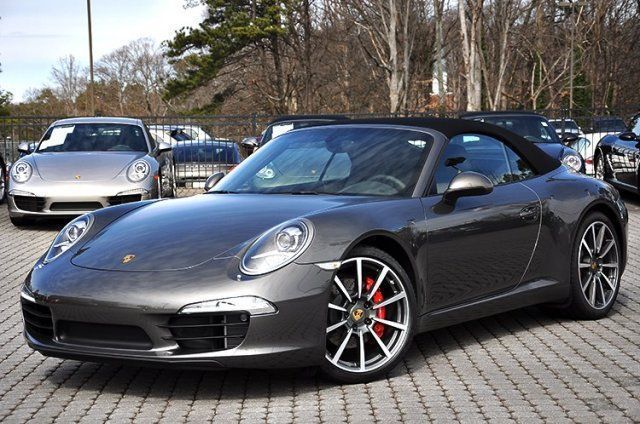 Please message me with questions at: morammmylar@clubbers.net .

MINT condition 2013 Porsche 911 S Cabriolet. Original owner. ABSOLUTELY no marks on this car at
all! I have babied this guy for the 2.5 years that i have owned it. I don't think I've ever let anyone drive this
car. NON-Smoker! Original tires with decent tread. My miles are mostly highway. Car has never seen snow or salt.
TOTALLY PERFECT CONDITION! NO ACCIDENTS EVER!!!! Im that guy that parks at the opposite end of the parking lot.
Totally loaded with so many options, to many options to list but to name a few....
7 Speed Manual transmission
clear taillights
DVD
Navigation
Heated steering wheel
Heated seats
AC seats
Porsche logo embossed in seats and storage compartment
XM radio
Sport exhaust!! AWESOME!
12 way seats.
Leather throughout
Steering wheel controls for everything! So cool!
This car is a serious head turner. The color combination with the taillights and the big rims that really fill up
the wheel wells are is just amazing! Also amazing to drive! When freshly cleaned the car shines like a mirror. This
is my 3rd 911 and by far the most incredible one of all.
To help facilitate a transaction Im sure for a small fee my local Porsche dealer would play a role in a sale. I
have only serviced the car at one dealer. All records and information is readily available through them. Purchased
from Pennsylvania Porsche dealer and had a closed truck delivery to my house. I have the records for this. And
pictures.