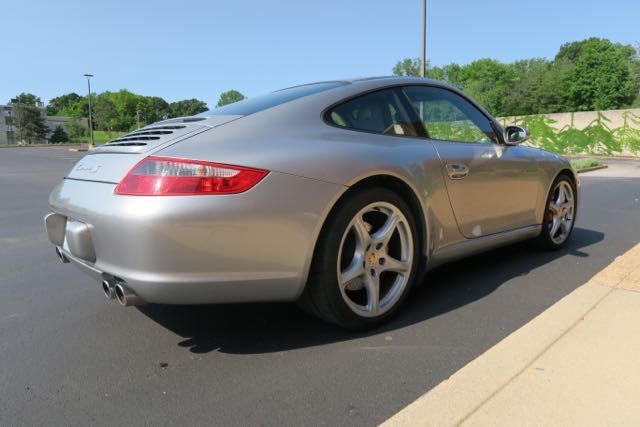 For sale is my 2006 Porsche 911 Carrera S in mint conditions with under 40,000 miles. Always garage kept, rarely
driven in rain, and never taken out in foul weather. Invisible Bra means no nicks. Never been in accident!
I am taking a sabbatical for the year and rather than have the car sit, I am looking for the next owner who will
take care of this beautiful car the way I have.
Rare GT Metallic Silver Paint ($3070 option),Special Cocoa Leather ($3795 option), and Porsche Sport Exhaust System
($2400 option). Car sold for $98,650 new. Selling for $40,000 or best offer.
Car comes with original window sticker, original manuals, all service records, etc. Car has newer OEM tires
(Michelin Pilot Sport), new battery cable, newer battery, replaced sunroof cable, and power seat cable.
Professionally maintained with frequent synthetic oil changes and service checks. Weekly car washes.