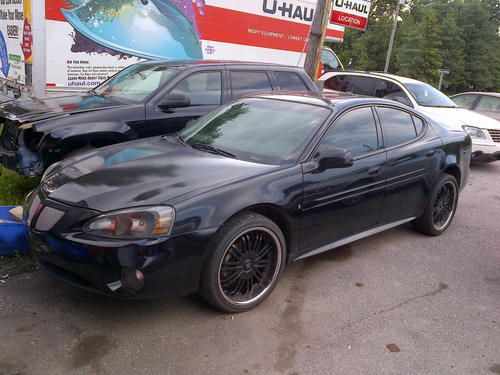 Up for sale is a 2006 Grandprix Sedan Gt 4door it is Black Interior/ Exterior, comes with sunroof
car has 271,000kms on it, it still runs good, the only problem is that after it runs for about 30mins it starts to overheat. im not sure what the problem is so the car is being sold As-Is, still runs and drives
car comes with 20" Rims that are Black with chrome lip, i just recently put 2 tires on them. also includes the original set.
Car has never been in an accident. i just had the front repainted because the clear was peeling.
$500 Deposit Required upon auction ending.