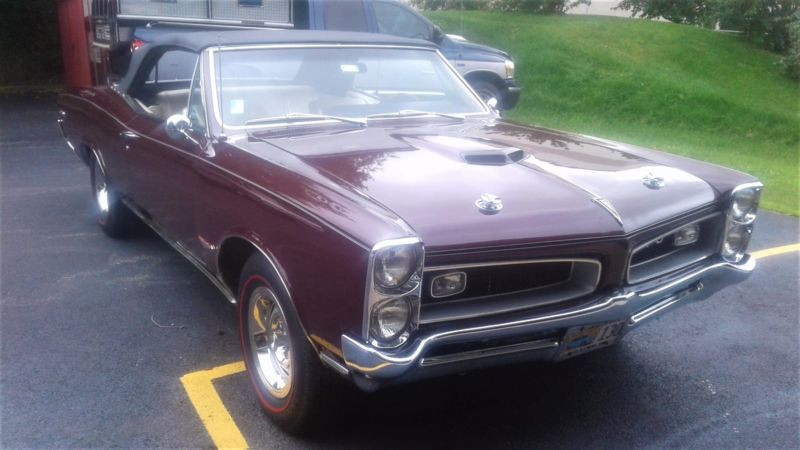 Very Sharp 1966 Pontiac GTO Convertible.
Looks and Sounds Great.
Body is Straight with No Rust.
Paint - Interior - Chrome - Soft Top - Excellent.
Does not have the Original Engine..It does have a 400 Engine out of a 1969 Pontiac GTO.
Car has a 400 Turbo Trans.
Has also 4 wheel Disc Brakes.