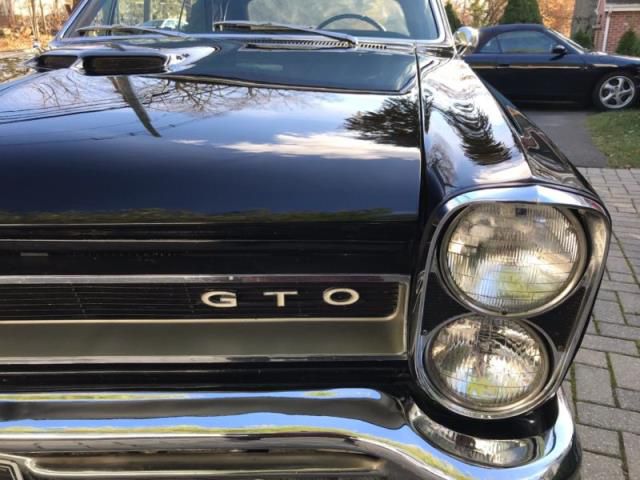 CONTACT ME AT : jaismithviscousness@tushmail.com Numbers matching 1965 GTO Convertible. This GTO was built in Baltimore the econd week of July 1964. PHS documented GTO. Extensive documentation. Car wasbuilt as a YS Code car - 389 4 Barrel with an automatic. It was converted to the correct year Tri-Power Setup many years ago. The car is in fantastic overall condition. Very clean underneath, runs and drives smooth and straight. The ca r has always been inside in temperature controlled environment. Fuel gauge,speedo, all lights work as they should. Brakes are power and stop straight andstrong. Power steering is completely perfect. All the seats are perfect as wellas the dash and door panels. The car was repainted to a very high standard and the interior was refreshed. Originally this was Fontaine Blue with blue interior. It was painted the period correct Starlight Black which was more attractive to the previous owner than the original Blue was. Paint and body arein beautiful shape.