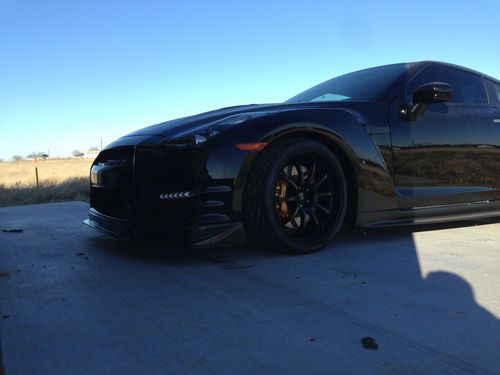 Condition: UsedA vehicle is considered used if it has been registered and issued a title. Used vehicles have had at least one previous owner. The condition of the exterior, interior and engine can vary depending on the vehicle's history. See the seller's listing for full details and description of any imperfections.Seller Notes:"Rear differential damage."

My Pre-Dad project is for sale.  I started this rebuild two year ago before I was married and a dad.  Priorities have had to change!

The car is at 95%
It has been stripped and painted solid black.
Uprgades include:
-Seibon hood, trunk, fenders, and air splitter
-Advan1 racing rims(stock size and offsets)
-Full Titanium racing exhaust
-AAM Down pipes
-Eibach springs and Front/Rear Sway Bars
-2012 Front bumper upgrade with LED driving lights(not wired in)
The interior was also pulled and dynamat installed to reduce the in cab drone.  The engine runs strong.  The only remaining issue to be worked out is the rear diff, headlight wiring, airbag gforce sensors, and buying a passenger seat.
All airbags are intact, the body is straight, the engine and transmission are in perfect shape.