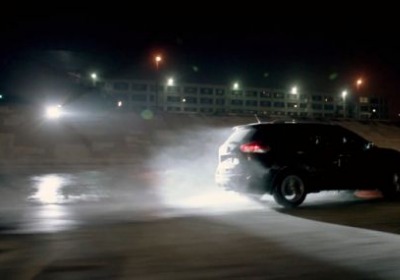 Nissan is in the midst of rolling out the redesigned 2014 Rogue and has launched an interesting social media game called Open The Briefcase. The video that launches this game depicts a simple ride-share gone very wrong, with a man getting embroiled in a high-speed chase in a bid to escape with a strange briefcase. Eventually, it all goes haywire, and the man and his driver are captured. The only question seems to be, what's in the briefcase?

The contest, which asks participants to select one of three briefcases by cracking a code, is set to reward three individuals with a new Rogue. New attempts can be made each day, and participants can get additional chances to open a briefcase by sharing the video. The contest kicked off on January 3 and will run until February 14. Hop over to the contest page on Facebook to take part, or just watch the video below and enjoy a bit of entertainment.