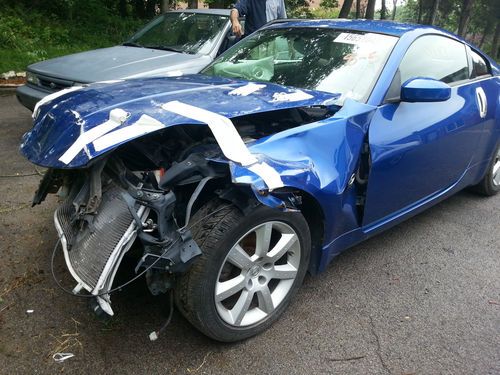 Condition: UsedA vehicle is considered used if it has been registered and issued a title. Used vehicles have had at least one previous owner. The condition of the exterior, interior and engine can vary depending on the vehicle's history. See the seller's listing for full details and description of any imperfections.Seller Notes:"Wrecked, front end damage, non repairable"

I have a 2005 nissan 350z. Its been wrecked from the front. I have a title for the vehicle but my name is signed on the back. This car is for parts only. It has a ton of salvageable parts, motor, transmission, seats, doors, trunk, rear suspension, tires and rims, differential, and more. Give me a call or send a text if you have any questions 615-423-1447

Thank you and good luck bidding