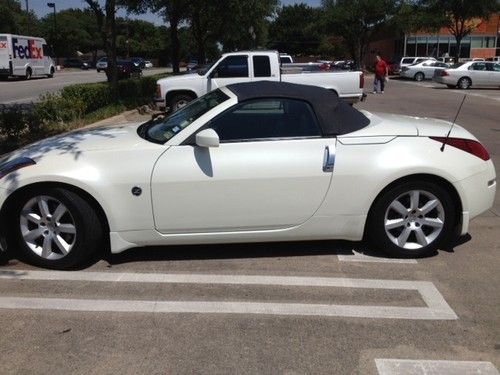 Condition: UsedA vehicle is considered used if it has been registered and issued a title. Used vehicles have had at least one previous owner. The condition of the exterior, interior and engine can vary depending on the vehicle's history. See the seller's listing for full details and description of any imperfections.Seller Notes:"Vehicle has scuff mark on fiberglass spoiler otherwise no dings or dents in paint anywhere. interior condition is in really great space. Low miles. New Brakes.. MORE PICS COMING TODAY."

Reputable seller, I have 100% positive feedback. Call with ANY questions. Just bought 911, must sell this beauty.

Despite the fact that an all-new generation of its Rogue crossover goes on sale in November, Nissan will continue to sell the current model alongside its replacement. The existing C-platform-based Rogue, which will be renamed Rogue Select, will start at less than $20,000 when it goes on sale in January 2014. At present, a base 2013 Rogue S prices out slightly higher, from $20,310, but we wouldn't be surprised to see the 2014 Rogue Select come to market with more standard equipment and simplified trim options. It will continue to be built in Kyushu, Japan.
According to Nissan, the unusual move is "to satisfy demand for the popular compact sports utility vehicle, currently second-highest seller in Nissan's lineup, as well as provide customers an additional choice in the segment." It's hard to hard to argue with the numbers: Nissan cites 2012 calendar-year sales of 142,349 Rogue units in the US, with 2013 sales increasing 16 percent through August despite the vehicle's age.
The strategy may also give Nissan the chance to ask for more money for the second-generation model (which is based on a new Common Module Family platform shared with partner Renault) while keeping it clear of residual-value-damaging fleet sales. The new Rogue looks to be both larger and more luxurious, with an available third-row seat, and it should be more economical to produce, as it will be built in Nissan's Smyrna, TN plant.