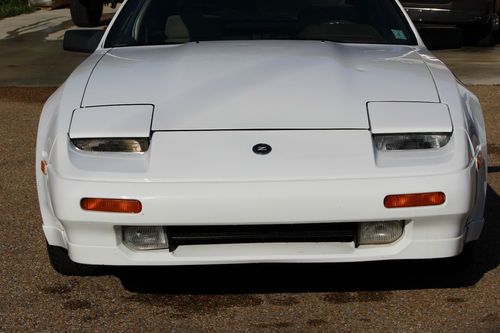 1988 300ZX Turbo 105,000 miles. The engine has been freshened up and the turbo has been rebuilt. The automatic transmission has been serviced and shifts great. This car runs great and the interior is in perfect condition. It is a two owner car, it received some damage in the recent hail storm. The pics will show the damage.