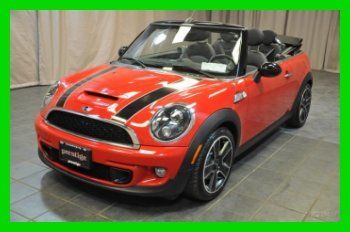 There are occasions in life when something happens in the outside world and I think, "Damn. I wish Dad was here so we could talk about this."
In the past 13 years, that's happened every time Mini unveils a new model. And that's been quite often in the 12 years since the car was reintroduced - it has expanded to include seven different models, which is a testament to how quickly the updated Mini caught on. My Dad, who passed away in 1996, loved the brand. His first car was a Mini, and he'd race it in illegal rallies around the Irish countryside in his 20s, before he emigrated to the US and tried to (mostly) stay on the right side of the law.
Mini released photos and specs for the third-generation "original" hardtop car today. The company had to slap in the term "original" in there to differentiate it from the Convertible, longer-wheelbase Clubman, Countryman crossover, Paceman three-door crossover, Coupe and Roadster. Coming out with that many nameplates in 13 years is unprecedented growth for a company that's essentially brand-new in the US.