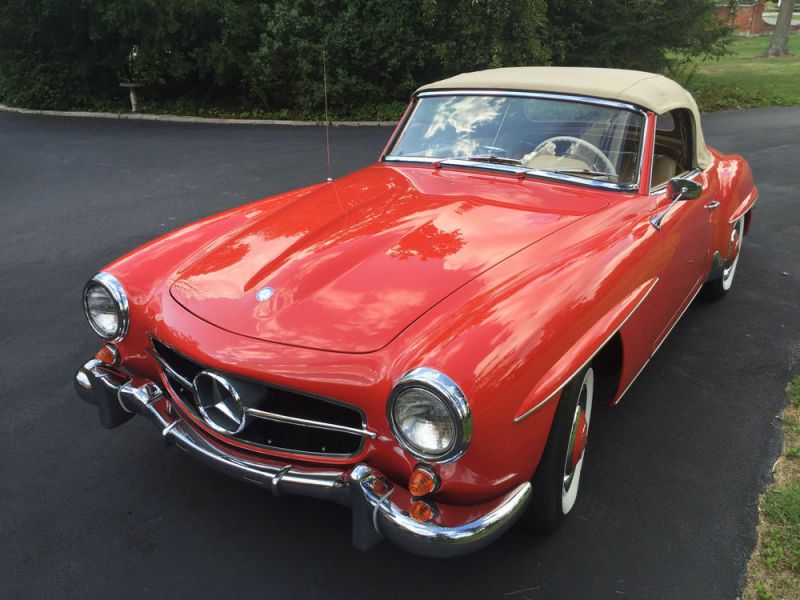 Please email me with any questions or requests for additional pics or something specific at: garrygssheard@englishhome.net .

This beautiful ’63 190SL is a low miles, (53,500 original miles), totally restored example. !963 was the last year for the 190SL with a total of 104 units produced. The work was done by a facility that specializes in the restoration of 190s. Soon after the car’s completion, it was shown in the 2004 Meadow Brook Concours d’Elegance in Michigan. Today, the car still looks fresh and is show ready. It comes with both soft and hard tops.
The 190SL drives very well and is a reliable touring car. It’s truly a joy to drive.