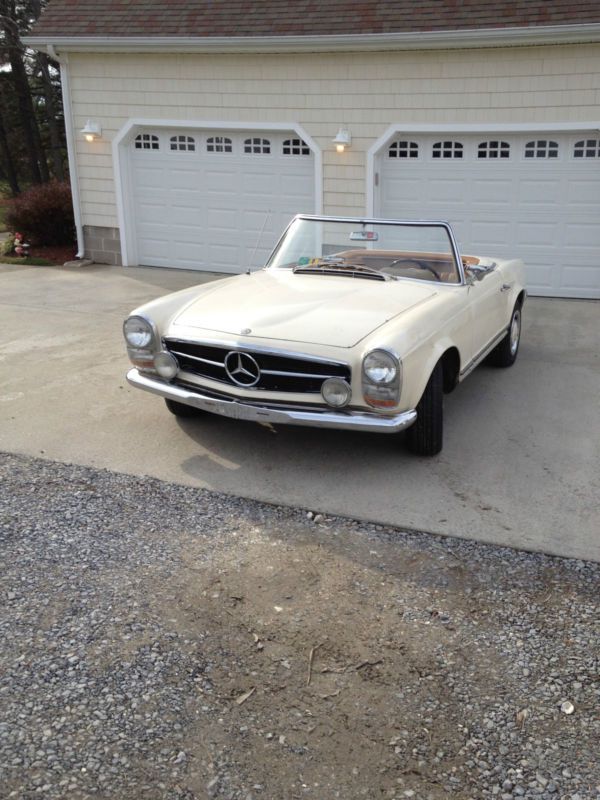 euro model
THE GOOD NEWS
4 speed manuel transmission
rare jump seat
relatively new soft top
new tires, battery, fuel pump, master and slave cylinders
Had engine professionally rebuilt in 2000. No more than 3000 miles on rebuilt engine.
Engine runs great
No rust in trunk or fenders
THE BAD NEWS
Very small crack in windshield
Very small dent on passengers side back fender
Has a little surface rust
Clock doesn't work
Radio does not work either
THE UGLY
Has a small rust hole in the floor board