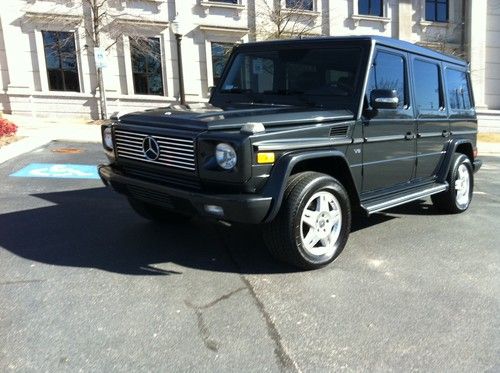 This car has been my short drive to work car daily for the past 5 years or so. Average anual mileage has been around 10,000 miles.  Never off paved road.  Have kept well maintained.  All leather in extremely good conditon.  Tires may have approximately 12,000 on them.  Windows recently retinted. This car is a prime example of German engineering and Austrian craftmanship.  I had a dent in the rear cargo door that I was not satisfied with the repair, so I had them install a new door.  It is true, people stare and look at this automobile when you are driving it.  This car is ready to drive and enjoy.  So close to the same as recent models , people can not tell if it a 2009, 2010 or newer!  I am the second owner and according to the car documents, the car originally belong to Earl Klugh famous jazz guitarist out of Atlanta area.  Require 500.00 deposit within 72 hours of winning bid.

On Feb-12-13 at 09:24:54 PST, seller added the following information:Have additional photos if needed!