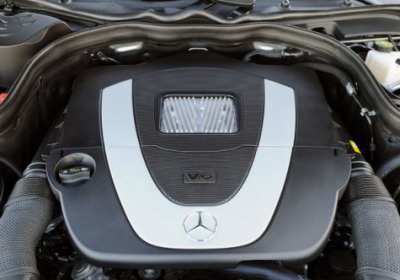 Mercedes-Benz will make a return to the inline-six-cylinder engine game, according to a report from the UK's AutoCar. It's not clear what's prompting the phasing out of the current array of V6s.

We'll see the first inline-six from Mercedes in next-generation E-Class, set to debut in 2016. Following that, it'll arrive as part of a mid-cycle refresh for the C-Class in 2017. What's particularly special about the new inline-six is its modular nature, which will allow Mercedes to eventually spinoff three- and four-cylinder options, with the three-pot arriving alongside the new inline-six.

In other news, AutoCar uncovered some details on the next C-Class AMG, which will ditch its excellent 6.2-liter, AMG V8 in favor of a 4.0-liter, twin-turbocharged V8, although we've already told you about that. What we didn't know at the time, though, was that the 4.0-liter would be paired first with a new, seven-speed AMG Speedshift transmission and offer all-wheel drive. AC also reports that a nine-speed Speedshift is in the works.

While the AMG news is exciting, the three-cylinder is the big news. So far, the premium brands have largely been limited to turbocharged, four-cylinder engines. If Mercedes makes a move to three-pots, it could mean big things in the push to downsize powerplants. Is a three-cylinder C-Class something that you'd consider, or should Mercedes just stick to what it knows? Have your say in Comments.