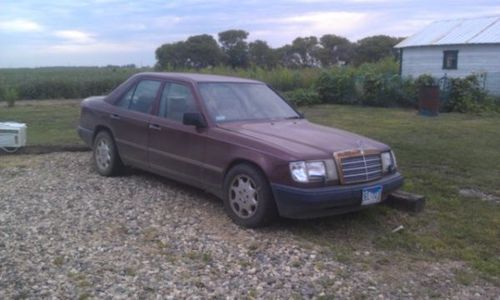 I have a 88 mercedes for sale runs good just have too many cars and i not use this one.  I am asking 2000 obo.  I may consider a trade if value is close to same and it is something that interests me.  Tires are around 50%, leather interior.  I have heated seat in one seat just needs to be pluged in and have one for other side will consider finishing put them in deal is work everything out on price.  If you are high bidder i will take care of the grille cause the grille is rusty  i will give you the choice of either a chrome grille or a paint to match grille your choice.  Can provide more pics if u are interested in it.