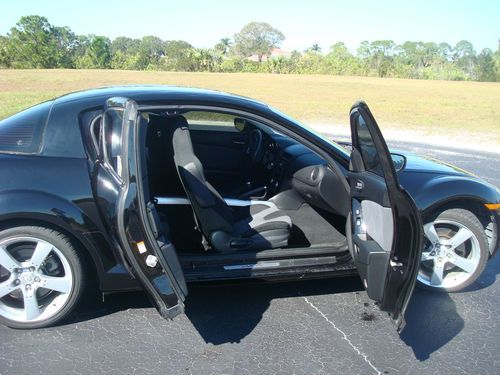 Selling my 2007 RX8 Mazda Sport sports car, has just under 31,000 miles. The car is very sporty 4 seater, great handling and very peppy with a 6 Speed Manuel Transmission and almost new Tires, only about 5k since they were put on and Tinted Windows. The car has been serviced at Dyer Mazda in Vero since I've owned it, with oil changes every 3 thousand miles. If interested the car can be seen in St. Lucie County anyone is welcome to come see the car, it is very reliable with many good miles left in her.

Be glad to answer any questions about the car and more pictures can be seen at the web site listed below
You can call anytime to verify any of the info on the car, but not interested in dealer listing agents, this is a personal sale and a good deal for a private party only.
772-461-8822
For those unsure of what I mean by sold on first bid, I'm agreeing that the car is sold with the first Bid of $10,500 and goes of course to the highest Bidder, I hope that makes it clearer.  If you have any questions please write or call before bidding.  Thank you
http://s440.beta.photobucket.com/user/772louis/media/RX8/DSC02195.jpg.html?sort=3&o=0