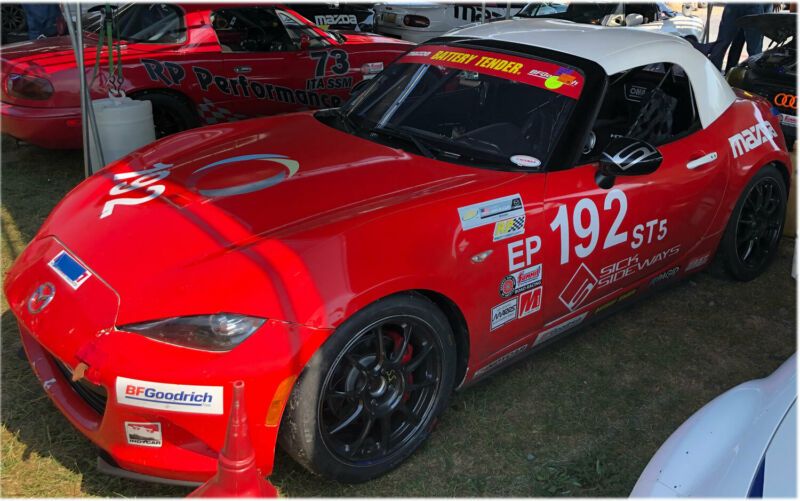 The tires on the car are good for about 10 heat cycles because they are full racing tires, which could go through
20 heat cycles easily. Currently they are the BFGoodrich spec tire for Global MX-5 Cup.


Additional sets of tires are shown in the photos.

With the car you will also get an additional ECU, an extra set of dry and one set of rain tires.

A set of front and rear brake rotors.