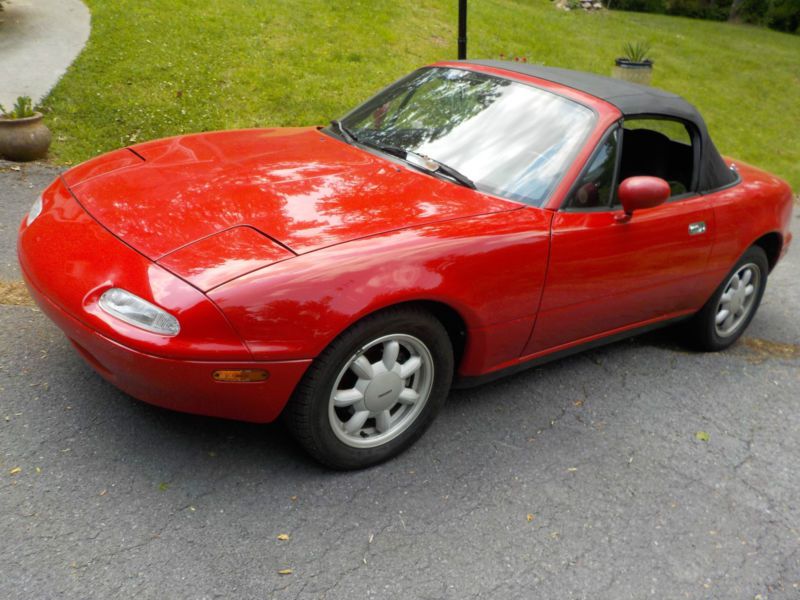 1991 MAZDA MIATA MX-5, ONE OWNER, NON SMOKER, MANUAL ROLL UP WINDOWS, GARAGE KEPT, ONLY DRIVEN LOCAL, NO ACCIDENTS,
NO DENTS, NEW TIRES AND BATTERY, NEW LEATHER CONVERTIBLE TOP 3 YEARS AGO, NOT POWER LOCKS, RADIO DOES NOT WORK AND
AIR CONDITIONER NEEDS FREON, THIS CAR IS A REAL BEAUTY I AM TAKING REASONABLE OFFERS ONLY BUYER WILL PICK UP
OR MAKE ARRANGEMENTS FOR PICKUP. NO MONEY ORDERS OR BANKCHECKS,

The predecessor to the Mazda6, the Mazda 626, was sold in a multitude of body styles across the globe. It could, of course, be had as a sedan, but a two-door coupe, known stateside as the MX-6, was also available on the same platform. Now, a new report from Motor Trend claims that a two-door version of the modern Mazda6 could be on the way.
This would be remarkable for a number of reasons, as automakers have been abandoning this type of non-luxury coupe for decades. A class that counted entries from Toyota, Nissan, Chevrolet, Dodge and Chrysler is now occupied solely by Honda with its Accord Coupe.
Ignoring that, though, MT claims we'll see a two-door Mazda6 in the second half of 2016. When that new variant arrives, it will be with an even more dramatic version of the sedan's Kodo design language. Mazda could rely even more heavily on styling inspiration of the Shinari Concept, which already informs the design of the current 6 sedan, when the two-door model arrives.