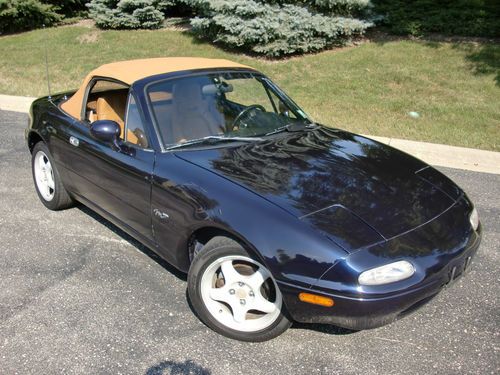 With all of the hype and anticipation surrounding the 2016 Mazda MX-5 Miata, the Japanese brand was able to sneak another driver-oriented model into its lineup. The company's spec page for the 2015 Mazda3 hatchback and sedan have been updated to list the Skyactiv-G 2.5-liter four-cylinder as finally being available with a six-speed manual transmission, in addition to the previous six-speed automatic. The automaker had promised the row-your-own gearbox with the bigger engine back when it first announced the new Mazda3, but it waited a model year to actually put the combo on sale.
According to Mazda's specs, the manual gearbox trims 40 pounds off of a hatchback or 54 pounds off of a sedan in s Touring and s Grand Touring trims. However, shedding that weight doesn't necessarily boost fuel economy. The six-speed hatch is rated at 26 miles per gallon city and 35 mpg highway, compared to 27/37 for the automatic. The manual sedan is rated at 25/37 city/highway mpg, versus 28/39 with the auto. Buyers can save a little money by opting for the manual, though. Regardless of body style, it's about $1,050 cheaper than the automatic.
Autoblog reached out to Mazda and learned that the 2.5L 6MT models started hitting dealers in August. The 2.5 wasn't initially available with the stick because, "We had to prioritize engineering resources and the 2.5L 6MT was not a high priority combination. Globally, smaller engines are preferred in terms of sales," a Mazda spokesperson explained via email. The automaker also notes that Austrailia will probably be the only other market outside of North America to get the six-speed gearbox with the larger engine.