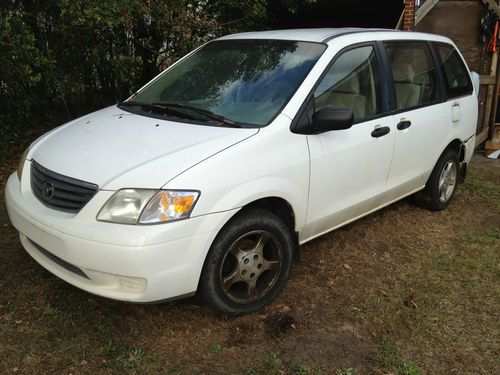 Clear title if you want to repair it. This was my daily driver until about a year ago. Interior is a little rough. Lots of good parts. Good trans.  Will still start but not sure for how long. Will need to be trailered. Overheated and oil was in the radiator overflow. Parked it and never got around to fixing it. Rear lift gate is dented in but still operates. Drivers side rear quarter panel has damage down low. Good Glass, front doors, sliding doors, seats, Aluminum wheels from a Mustang, Feel free to contact with any questions or offers. I am always open to trades of motorcycles, atvs, Apple computers, and all types of musical instruments and Pro Sound equipment. Let me know what you have. Non refundable deposit through PayPal, eBay fees aren't cheap :). Balance due in cash at time of pickup. I have the title in hand.