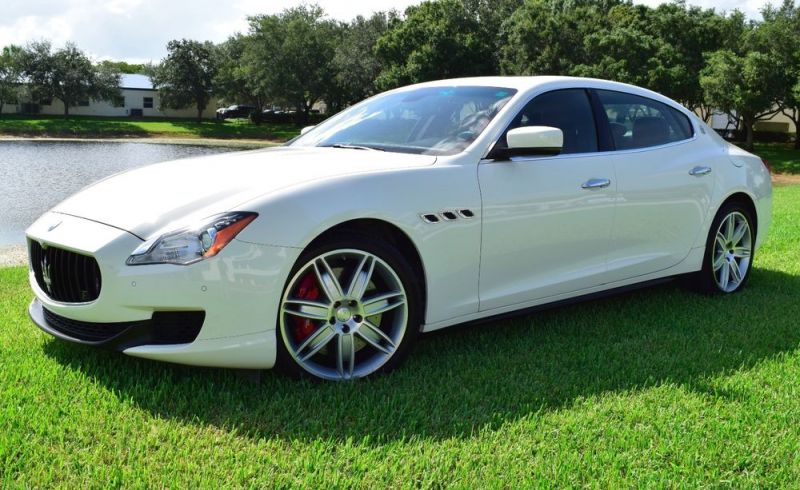 Just email me at: anitraasswepson@1mum.com .

The GranTurismo may be getting a little long in the proverbial tooth, but it hasn't quite been a century just yet. It has, however, been a hundred years since Maserati was originally founded, and to celebrate that milestone, the Modenese automaker has rolled in to the New York Auto Show this year with a pair of special editions. Available in either coupe or convertible form, the MC Centennial Editions arrived as a surprise just as the Alfieri concept was a month ago in Geneva, albeit somewhat less revolutionary.
The special editions are differentiated from any other by their paint scheme, special wheels, revamped interior and special badging throughout. Magma red and Inchiostro blue - the colors of the city of Bologna where the company was founded a century ago - are new to the Maserati catalog, and come with a choice of wheel options with special logos at the center. The interior color is specified to complement the exterior with red, white or blue trim and carbon-fiber accents.
Power comes from the same 4.7-liter V8 as the GranTurismo MC Stradale or GranCabrio Sport, driving 454 horsepower to the rear wheels through a six-speed automatic transmission. That's said to be enough to propel either coupe or convertible to a top speed of 185 miles per hour, and comes coupled with Brembo brakes and MC sport suspension. Deliveries commence in July, but you can scope it out here in the gallery of live images from the show floor above, the galleries of stock images below and the press release below that.

Maserati orders triple on strength of Quattroporte demand in China

Considering Maserati sold all of 6,300 cars globally in 2012, its goal of selling 50,000 by 2015 seemed like a bit of a stretch to say the least, but it turns the Fiat-owned automaker was on to something. Reuters is reporting that Maserati has already received about 17,000 orders for cars this year, with help from the new 2014 Quattroporte and strong demand in China.
The US continues to be the top market for Maserati sales, but the report quotes Harald Wester, brand chief executive, as saying that China is now the top market for Quattroporte. As big of an improvement as this is it bears mentioning that the Ghibli isn't even on sale yet and the Levante SUV, a redesigned GranTurismo and a new 911-fighting coupe are still waiting in the pipeline.