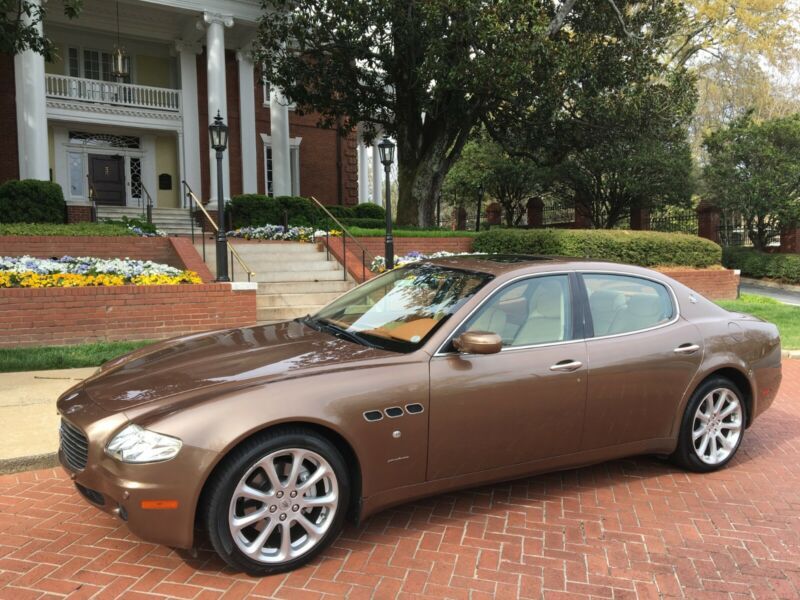 Stunning is one word to describe this Maserati. Very rare color combination of Bronzo Montecario Metalic with
Avorio/Cuoio Sella interior. Cuoio Sella stitching, piping, and dash make this interior stand out from all others
I have ever seen. Truly, I have never seen another one like it. Hard enough to find another Bronzo Montecario
exterior, but coupled with this two tone interior virtually impossible. Must have been extremely low production
numbers on this combination...perhaps only a handfull. This one has been babied, gently driven only 33,000 miles
in its lifetime. Perfect in every way. Excellent tires, brakes, etc.

Can destroying a car be art? That question comes a bit too late for the Maserati Quattroporte seen above. The act depicted is from the music video for Adentro by Puerto Rican hip-hop act Calle 13 new single.
While the video is not yet online, the making-of featurette is available below and shows the luxury sedan getting beat with a baseball bat (and more) by the group's frontman René Pérez. According to Latin Gossip, Pérez wants to send his fans a message not to place too high a value in material objects. The Maserati represents a time in his life of too much excess, it seems...
The guy might have an argument, but it still seems pretty wasteful to destroy a perfectly good Italian sports sedan. We will be curious to see how far the destruction goes, but you can get a peak at it in the video below.