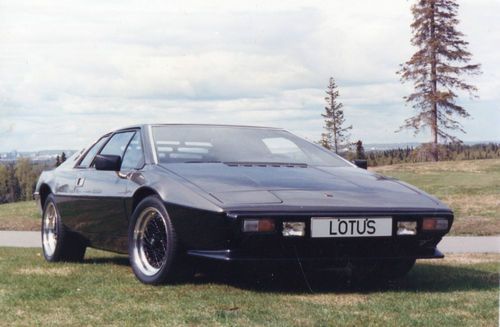 Complete Frame Off Restoration with Modifications.

See Pictures with captions, it best explains and shows what has been done.

Vehicle is for sale locally, I reserve the right to end this auction early.

Lotus Esprit all but ready to go, but held back by management issues

Brief and disappointing is this report from Autocar on the status of the Lotus Esprit: it is finally ready and sitting at the light, but the light might not go green for a long time. The good news is that from being a concept two years ago at the Paris Motor Show, the aluminum and carbon fiber revival coupe is "purportedly almost finished." It is powered by a twin-turbo, 5.0-liter V8 with something like 650 horsepower, boosted by a kinetic energy recovery system (KERS) and shifting through a seven-speed paddleshift transmission. Even with all that, the UK price is said to be around that of a Porsche 911 4S Cabriolet, and the car only needs "signing off and minor tweaking."
The bad news is that former company owner Proton couldn't stay independent long enough to see through the company's ambitious five-concept-car assault - led by then-CEO Dany Bahar who was hired explicitly to lead such a campaign - and was swallowed up by Malaysian auto supplier DRB-Hicom. For a brief spell Lotus had to shut down production for lack of funds. Then the new owner cleaned house, sweeping out Bahar and, according to the Financial Times just one month ago, the Esprit and every other concept with it. Just after the FT piece came out, Lotus denied the Esprit had been canceled. Still, according to Autocar, the management whirlpool is keeping the Esprit "far from becoming a production reality."
If we're honest with ourselves, we'll keep in mind that the Esprit has been slipping into and out of a terminal ether for what seems like decades. None of us knows what is going on inside Hethel HQ, but the fact that there really is a lightweight, twin-turbo, 650-hp Lotus Esprit finally ready to be produced has to be, in spite of all else, very good news.

With the $966,560 sale ($863,000 plus a 12-percent buyer's premium) of the white 1977 Lotus Esprit S1 submarine used in the 1977 James Bond film The Spy Who Loved Me, we now know "the Roger Moore discount."
Recall that Sean Connery's silver 1964 Goldfinger Aston Martin DB5 was sold by RM Auctions in London in 2010 for $4.6 million. Three years later, the same auction company in the same city has sold the aforementioned Lotus for just under $1 million.
An unscientific poll of those in the room showed that people preferred Sean Connery's Bond to Roger Moore's by a rate of four to one. And thus it translated into the bidding for their respective cars. No word on the identity of the buyer or his plans for what is, in fact, a working submarine.

If we had a nickel for every version of the Elise that Lotus has rolled out over the years, we might actually have enough spare change to buy one ourselves. And we're not even talking about the entire separate models (like the Exige and Europa) that Lotus has based on the Elise's platform or the other automakers' cars (like the Tesla Roadster and Hennessey Venom GT) that have used the same. And now Lotus appears to be testing another one.
Spotted lapping the Nürburgring, what we're looking at here appears to be the track-bound Elise S Cup R, but our intrepid paparazzi by the side of the track tell us it's missing the switches for the battery isolator and fire extinguisher. In their place, this Elise is wearing an even bigger rear wing as part of an altogether rather aggressive aero kit - not to mention a rockin' matte red wrap.
All of these telltales make us think Lotus has something extreme in the works, and we could find out what exactly it is as early as the Paris Motor Show in October, so stay tuned and watch this space.