Kimi Raikkonen to miss rest of season for back surgery 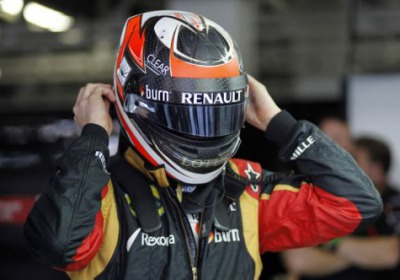 Formula One drivers keep themselves in peak physical condition, such are the demands placed on them in order to do what they do. But otherworldly as their capabilities may be, they're still human, and that means they get injured or sick just like the rest of us.

Case in point: Kimi Raikkonen and the announcement made today by Lotus that he'll have to sit out the rest of the season in order to undergo back surgery. That means Lotus will have to find a replacement driver for the last two races in Austin and Brazil while Kimi has and recovers from the operation.

Though we wouldn't debate the legitimacy of Kimi's condition or the necessity to rectify it, the timing is sure to raise some eyebrows. Raikkonen has been at the center of a pay dispute with Lotus, and while the situation was reportedly resolved, his decision to undergo what is said to be elective surgery at this point in the season (as opposed to waiting until its end) raises some questions as to his commitment to the team he is leaving and his team's financial commitments to him in turn.

Lotus F1 Team can confirm that Kimi Räikkönen will miss the final two races of the 2013 Formula 1 season to undergo, and recover from, back surgery.