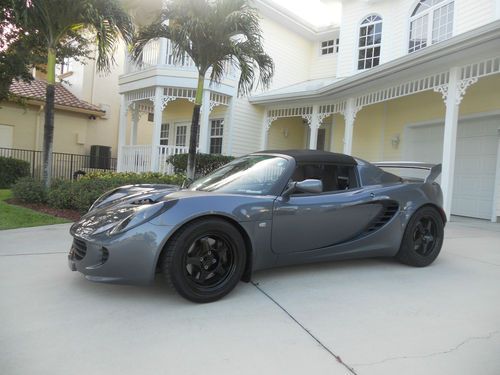 2005 Lotus Elise with 52,000 miles.  Ohlin adjustable front and back, $3500.00 upgrade.  Rear diffuser and upgraded exhaust.  New tires, new clutch, new brake pads.  This car is ready to drive around town or take to the track.  Car was built to race, but the A/C still works.

I have owned many nice cars, Grand National, Jaguar E-Type Convertible, Corvettes, but I get more looks from this car than anything I have driven.  Never knew women/girls were so interested in cars.