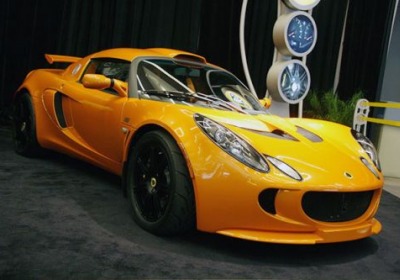 Lotus is recalling 451 examples of the Elise and Exige from the 2007 and 2008 model years. The cars in question, built from December 1, 2006 to October 31, 2007 could be affected by an oil cooler line that detaches from its fitting. If the line comes loose it could release oil onto the engine and possibly start a fire, or onto a tire and potentially cause a crash.

A bulletin from the National Highway Traffic Safety Administration indicates the recall is expected to begin on March 4. Notified owners can take their cars to their dealers for repairs to the lateral oil cooler hose and hose fittings. You'll find the full release from the NHTSA below with more information.

SUMMARY:
Lotus is recalling certain model year 2007-2008 Elise and Exige vehicles manufactured from December 1, 2006, through October 31, 2007. The oil cooler line may become detached from its fitting.

REMEDY:
Lotus will notify owners, and dealers will replace the oil cooler hose fittings and the entire lateral oil cooler hose, free of charge. The safety recall is expected to begin on March 4, 2013. Owners may contact Lotus at 1-800-245-6887.